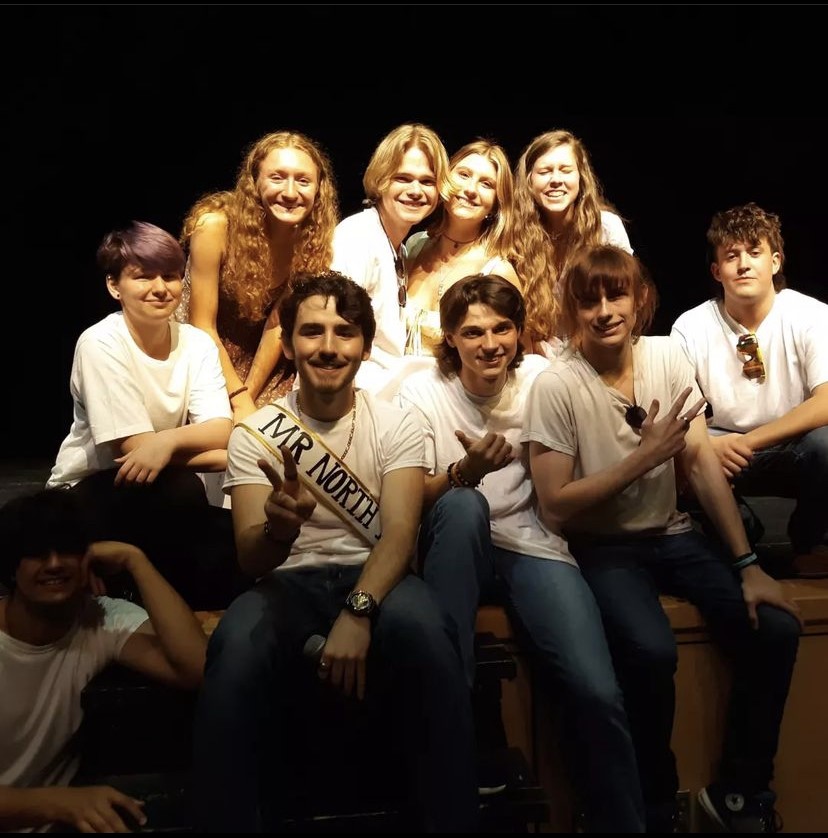 On May 6, the crowd held their breath waiting for the winner of the Mr. North Harford boys pageant to be announced. Ethan Jourdan!

The show began as the hosts introduced the boys while the boys escorted their mothers onto the stage. The boy’s bios filled the crowd with laughter. This included Hevesy whose bio read, “Griffin loves Nascar and Slim Jims and his dad knows God. He vows to bring the wave back if he loses.” Another bio that wowed the crowd was Phillips, reading, “[h]e credits the book “The Art of the Comeback” by Donald J. Trump, the Batman that’s portrayed by Christian Bale as his daily inspiration.”

The judges included Mrs. Joanna Dallam, Mrs. Carla Harward, Mrs. Lori Rake, Mrs. Robin Anderson, Mr. Brian Dougherty, and surprise guest judge Mrs. Erin Mock. The judges were in charge of marking scores for all of the boys going from category to category, and in the end, tallying up who would take home the crown.

Each boy showcased a talent for the talent portion of the show. First-time contestant sophomore Peter Lein chose to do stand-up comedy, focusing on how short he is. Senior Nathan McElwain attended the production and said, “all the talent was great, my favorite was Peter’s stand-up comedy since it was so funny.”

Hartlove and Lewis did a comedy skit working together during the talent portion. Junior Piper Wright attended the pageant this year and loved all of the boys’ talents and how unique each one was. “My favorite was Andy’s and Gavin’s because I love the song country road and thought it was so fun singing along,” Wright says.

One of the main hosts, Strine, explains, “the boys love to express their personalities and have fun with what they can bring to the table.” She explains she thinks it is an excellent opportunity because all the boys get to do their own unique things. “The boy’s chemistry with the other contestants is also something that makes it more enjoyable for both the audience and those participating,” she says.

Stoneback explains her favorite part of the show was the talent portion. “It brought out each of the boys’ personalities really well and I loved watching them,” the host says.

The junior that was crowned, Jourdan, said his favorite part of the production was the talent portion since “I not only got to perform my own act but also see the talent of my fellow contestants.” Jourdan explains he wishes he got to sing Bohemian Rhapsody during the unplanned intermission.

While the whole Journalism staff had a part in putting the show together, the main hosts Grace, Strine, and Stoneback took the lead in coordinating the show, writing the script, and creating stage directions. Journalism teacher Jennifer Chandler helped the whole staff as they planned for the show.

The crowned junior explained he believed Brundridge put on a great performance and thought he or Phillips would wear the crown this year.

Jourdan explains he would encourage anyone wanting to compete next year to go for it. “It was an amazing experience and it was an absolute honor to be able to perform with so many talented individuals,” he says. The winner felt he became closer with all the boys as the weeks they worked on the show progressed. He says, “Thank you to everyone who came out to support us! I can’t wait to compete next year!”