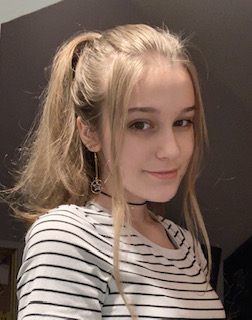 Maryland myths and legends are like scary stories; they are fun to believe and tell, and even go to locations where they may occur, but deep down it should be well known that they are not completely true, and it’s important to be able to differentiate myth from reality.

Compared to others, Maryland is a fairly small state. However, that does not detract from all the old folklore hidden in its landmarks. It is one of the most historical states, being the seventh of the thirteen original colonies. Wars have been fought, history has been made, and stories have arisen.

One of the biggest stories of the land we call our home is the legend of the Goatman. He “lives” in Beltsville and is rumored to be a half-man/half-goat amalgamate. Apparently, he was a fusion experiment gone wrong in the Beltsville Agricultural research center, but of course, this has never been confirmed. All people have reported is a goat-like man chasing cars with an axe (routeoneapparel.com).

This legend started in 1971 and has been twisted into something even bigger than it is ever since. It originated as someone blaming the death of a dog on “Goatman”, and a bunch of bored teenagers just kept it going. Teenagers naturally love to tell exaggerated stories to impress or scare each other, and it has just evolved into a Maryland myth. It has become so huge that Buzzfeed Unsolved Mysteries, a popular internet series, covered it and went to the site he supposedly resides in. Due to the publicity, even more people believe in this tale. For some reason, a surprisingly large group of skeptics are genuinely terrified that a Goatman carrying an axe is going to come out and kill them. There is no evidence at all, besides word of mouth, of his existence.

Another Maryland myth people believe is about the Crybaby Bride located in Prince Georges County. It crosses over the Patuxent River, which also happens to be in the middle of where Goatman is located (ranker.com). It is believed that this bridge that is surrounded by trees and murky water to be haunted. The history, a child being tragically thrown in the river below back in the 1950’s, is not even confirmed to be true. Due to the history, “screams from a baby” are reportedly heard from people in the area, but this sound could be honestly anything. In this area, foxes are common which make crying sounds. It could also be birds, the sound of the water, air, and a variety of other things. However, people like the jump to conclusions and assume the worst.

The likelihood of any of these myths being true is very low, though they are fun spooky stories to tell.  However, before you assume any myth or “legend” is true, make sure to look at the possibilities and ask