Cry of the Hawk • May 27, 2021 • https://cryofthehawk.org/showcase/2021/05/27/cop-land-review-some-of-americas-most-notable-actors-play-group-of-corrupt-police-officers/ 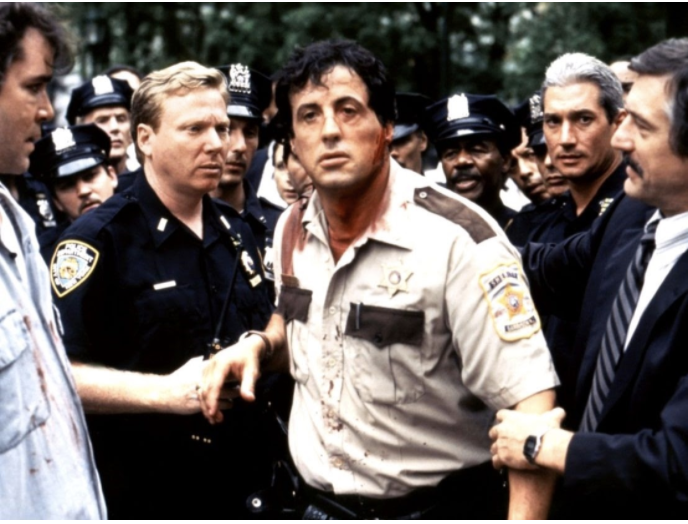 James Mangolds 1997 movie Cop Land tells the story of a partially deaf police officer who always wanted to work for the NYPD getting drawn into their mess of a world and realizing they’re not so great after.

When you think of movies from the late 20th century, actors such as Sylvester Stallone, Harvey Keitel, Ray Liotta, and Robert DeNiro might come to mind. All of those actors are in this movie which is the reason it seems to stand out to so many people.  Besides the cast of amazing actors this movie also has a wonderful plot and set of characters.

Freddy [Sylvester Stallone] is a New Jersey police officer who lives just across the river from New York. His dream is to be a NYPD officer but is repeatedly denied due to an imparity he has. He hears about an accident between NYPD officers and becomes friends with a New York officer Gary [Ray Liotta] who together slowly uncover all the secrets of the New York police.

This movie is sending the message that not all good guys are good, not all bad guys are bad, and in real life the line between good and bad is a blurred and debated concept. Both main characters struggle morally throughout the movie to know if what they are doing is wrong or not. They are used as pawns by the police department and their loyalty to them is questioned in a manipulative way.

Freddy realizes that the people he had worshiped beforehand were not good people and if he wasn’t disabled, he probably would have been just like them. Gary also learns a similar lesson in that he was sitting around beforehand watching bad things happen and not doing anything about. In the end he redeems himself with the help of Frankie and everything works out for the better.

The main topic of this movie is justice and the characters having to realize for themselves who deserves it. This movie succeeds in most of the things it strived to achieve. You see familiar and great actors as well as dramatic scenes paired with beautifully composed music and well thought out cinematography. Overall this is a movie well worth viewing.