Freshman Mackenzie Scott has been doing archery since November 2019. According to Scott, she went to the archery club last year at the middle school, and ever since then he continued to do it to keep all her skills. “Archery has impacted me to this day because it has continued to be a passion of mine and still actively practice.”

Scott states, “Archery is something that I want to keep up with, it is something I enjoy and can do by myself when I have nothing to do, and there is always room to get better which is the best part.”

Farnsworth says this happens with all her family members, including her brother and younger cousins. “As soon as they are old enough to sit on a horse, they are led down to the jousting track.”

“I look up to our President of the Amateur Jousting Club of Maryland (AJC), which is the club I belong to… he is one of the best jousters we have, and he knows a lot about jousting.” Farnsworth states. He says that jousting is more the type of sport where there isn’t a coach, but if an athlete needs help, he/she can turn to the club and everyone there gives each other tips and helps each other.

According to Farnsworth, they have state and national tournaments, but she doesn’t usually go to them. They are mostly just for fun. Jousting is an individual sport, and most are not competitive.

Farnsworth says injuries happen often and it can range on how severe the injury is. Simple injuries like hitting a ring you miss while going down a track or getting stepped on by a horse is very common. Severe injuries happen very often to people, but barely ever happen to horses. 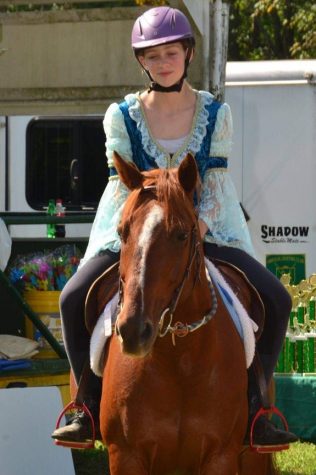 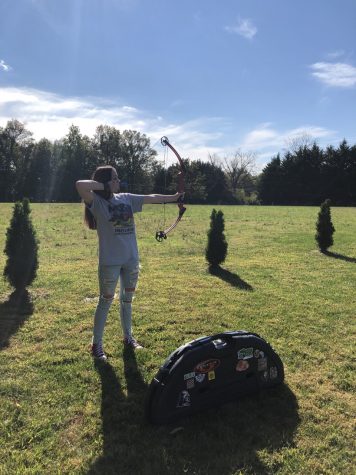